Hello, everyone!  It’s been a long while, hasn’t it?  I haven’t blogged since March.  How rude of me – please accept my sincerest apologies.

I’m afraid it’s been a classic case of real life taking over.  For the past 18 months I have been working two jobs across two different cities, working a very strange shift pattern, and for the most part, relying on public transport.  An awful lot of my free time was taken away – I would often leave the house at 7:30 am and not return until around 10 pm.  And when I wasn’t at work, I was catching up with family and friends, running errands, that sort of thing.  I also had all sorts of other stuff going on that had to take the front seat – kind of an everything all at once situation.  I could barely find time to sew, let alone blog about it, and the last few moths have been a bit too stressful.

However, I’m pleased to say that I started a new job at the beginning of July!  I’m working much more sensible hours and I’m back in one building at all times – what a luxury.  Most importantly, I’ve managed to snatch back quite a bit of free time, so I’m hoping to give my shamefully abandoned blog some attention and reconnect with all you sewing lovelies.  Yay 😀

What have I been up to while I’ve been gone, then?  Well, I have managed some sewing.  Nowhere near as much as I would have liked, but I’ll include some sneaky peaks of what’s to come. My love-hate relationship with jersey continues.  My fabric stash is more out of control than ever because I’ve been so time poor and just can’t get through it quickly enough – nothing to do with me buying too much fabric, of course 😉  Do you remember my sewing resolutions?  Well, I’ve made quite literally no progress with my Make Nine – only two of the makes complete.  Am I allowed to switch out a pattern or two?  I have managed to keep up with Sew My Style (sort of – one of them was a month late!) and I’ve been pleasantly surprised by some of the patterns.  I also took part in the Sew Together for Summer challenge.  I’ve discovered a couple of new sewing gadgets – where have they been all my life?

Mostly, I’ve been dreaming about having more time to sew and getting back to blogging!  I can’t wait to get back into the swing of things.  Thank you for sticking around during my hiatus – you’re the best ❤

Happy sewing and ta-ta for now! 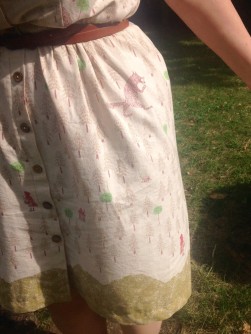 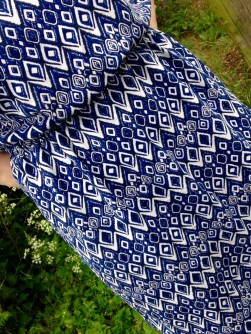